University of Oxford spinout Opsydia, which has developed a unique laser marking technique for diamonds, has been awarded a prestigious award from the Institute of Physics Business Awards.

The award, which will be presented at a ceremony at the Houses of Parliament tonight, is for the development of adaptive optics technology in laser processing; enabling a novel security solution for diamond gemstones.

The Institute of Physics (IOP) is the professional body and learned society for physics, and the leading body for practising physicists, in the UK and Ireland. Committed to working with ‘physics-based’ businesses, and companies that apply and employ physics and physicists, the IOP has a rich history of supporting business innovation and growth, and the IOP Business Awards are unique in the UK and Ireland in recognising the significant contribution that physicists and physics make in industry.

Opsydia has received one of four IOP Business Start-Up Award, which specifically recognise and celebrate young companies with a great business idea founded on a physics invention, with the potential for business growth and significant societal impact.

The award for Opsydia follows the development of its D5000 Diamond Marking System, which uses a high precision laser to make marks less than 1/50th of the size of a human hair under the surface of gemstones, allowing serial numbers or security marks to be written. The sub-surface marks can be so small that they have no effect on the grading or quality of the gems and unlike current surface marking techniques, these tiny marks are cannot be polished off economically.

Opsydia has already secured orders for the D5000 from diamond giant De Beers, which is using it for its new lab-grown diamond initiative, Lightbox Jewelry.

Andrew Rimmer, CEO of Opsydia, said: “This award is a testament to the hard work and innovation of the team, developing a concept in a laboratory at the University of Oxford into a commercial product that will make a real contribution to combatting tampering and counterfeiting in gemstones. We are a science-based business and so being recognised by our peers in the Institute of Physics is a great boost for everyone involved in Opsydia.”

Institute of Physics President, Jonathan Flint, said: “The IOP Business Awards recognise large and small companies that have built success on the creative application of physics. There are very few awards that do this.

“The application of physics has the potential to produce cutting-edge technologies, and to drive business innovation and growth. It also fuels significant positive societal and economic transformation, both locally and globally.

“Now, more than ever, we need continued investment to ensure a healthy supply of physicists in the UK and Ireland. These awards remind us of that, and of what can be achieved when our talent is encouraged, developed and rewarded.”

After proving the concept within the laboratory of the University of Oxford’s Department of Engineering Science, Opsydia began work to scale the laser process for use in diamond processing facilities at high volumes. Opsydia’s technology uses laser pulses shorter than one trillionth of a second in length to create tiny lines which can be written as numbers or logos within the diamond. The marks are invisible to the human eye and the smallest ones are not detectable with a jeweller’s loupe, but can be viewed using a microscope. Marking in any facet of the stone means its secure identity can be read even when gems are mounted in jewellery.

Opsydia’s technology can also be used to securely mark any translucent material, such as plastics and polymers, and the company also envisages future applications writing electrical circuits within industrial diamond to create advanced sensors.

Working with Oxford University Innovation to develop the business, Opsydia secured £1.9 million of funding through Oxford Sciences Innovation and Parkwalk in 2017. The University of Oxford and the founders, Professor Martin Booth and Dr Patrick Salter, remain significant shareholders.

About Opsydia: Opsydia is a spin-out company from the Department of Engineering Science at the University of Oxford. We are specialists in designing bespoke optical systems and laser fabrication processes for complex and unique ideas. Utilising our decades of cutting-edge photonics research and extensive industrial experience, we perform otherwise impossible materials processing tasks.

About The Institute of Physics (IOP)

The Institute of Physics (IOP) is the professional body and learned society for physics in the UK and Ireland. It seeks to raise public awareness and understanding of physics and support the development of a diverse and inclusive physics community. As a charity, the IOP’s mission is to ensure that physics delivers on its exceptional potential to benefit society.

How the IOP supports physics in business

Physics-based businesses and physicists working in business are a valued and vital part of the physics community. The IOP Accelerator, the IOP’s affordable and fully-serviced workspace in King’s Cross, is available to entrepreneurs, micro and small businesses bringing physics-based innovation to market in any sector. Find out more about the IOP Accelerator here

The IOP also provides support through its Business Innovation and Growth Group, a member-led special interest group which supports individuals and businesses of all sizes, as well as entrepreneurs taking ideas to market.

The Business Awards recognise the significant contribution that physicists and physics make in industry across all sectors and at all stages – from start-ups to multi-national corporations. The awards are a celebration of entrepreneurship, excellence in innovation and the successful use of physics in a product or service.
More information about the IOP Business Awards here 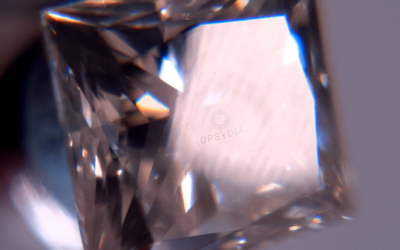 END_OF_DOCUMENT_TOKEN_TO_BE_REPLACED

Leading gemstone security specialist, Opsydia, has collaborated with ethical and sustainable emerald supplier, Myne London, to permanently place its brand logo beneath the surface of its traceable emerald melee supply from Pakistan. The Opsydia team worked with Myne...

END_OF_DOCUMENT_TOKEN_TO_BE_REPLACED 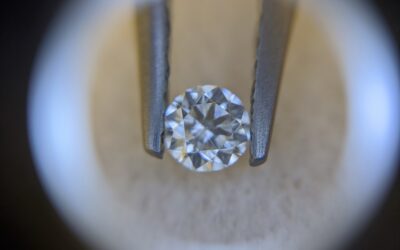 Leading diamond security specialist, Opsydia, has honed its sub-surface laser technology to such an extent that it can now place permanent identifiers in melee diamonds without affecting their surface polish. Diamonds that are just 0.5 millimetres in diameter can have...